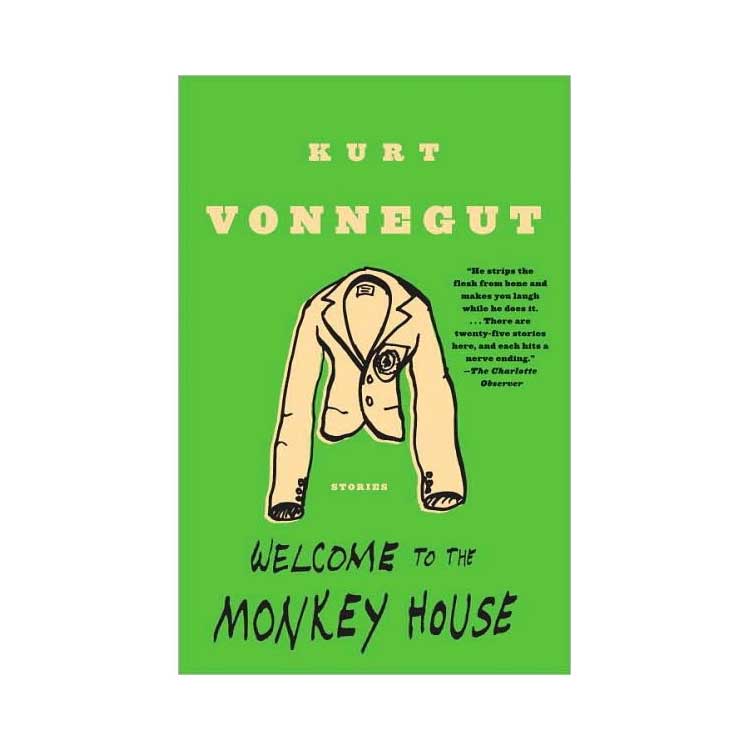 My father and paternal grandfather were architects in Indianapolis, Indiana, where I was born. My maternal grandfather owned a brewery there. He won a Gold Medal at the Paris Exposition with his beer, which was Lieber Lager. The secret ingredient was coffee.
My only brother, eight years older than I, is a successful scientist. His special field is physics as it relates to clouds. His name is Bernard, and he is funnier than I am. I remember a letter he wrote after his first child, Peter, was born and brought home. „Here I am,“ that letter began, „cleaning shit off of practically everything.“
My only sister, five years older than I, died when she was forty. She was over six feet tall, too. by an angstrom unit or so. She was heavenly to look at, and graceful, both in and out of water. She was a sculptress. She was christened „Alice“, but she used to deny that she was really an Alice. I agreed. Everybody agreed. Sometime in a dream maybe I will find out what her real name was.
Her dying words were, „No pain.“ Thos are good dying words. It was cancer that killed her.
And I realize now that the two main themes of my novels were stated by my siblings: „Here I am cleaning shit off of practically everything“ and „No pain.“ The contents of this book are samples of work I sold in order to finance the writing of the novels. Here one finds the fruits of Free Enterprise.