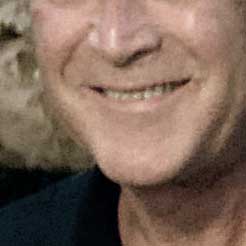 GIBSON: One thing you’ll miss most?

BUSH: Well, I’ll miss being Commander-in-Chief. I have gotten to be — grown to be so appreciative of our military. It’s hard to believe that so many kids, and some not-so-kids, have volunteered to fight in a war. And I’ll miss — and it’s going to sound strange to you — I’ll miss meeting with the families whose son or daughter have fallen in combat, because the meetings I’ve had with the families are so inspirational. They — I mean, obviously, there’s a lot of sadness, and we cry, and we hug, and we occasionally laugh. And we share — I listen to stories. But the Comforter-in-Chief is always the comforted person.

Believe it or not, I’ll miss going to the hospitals as the Commander-in-Chief, and looking a kid in the eye, and have him say, heal me up, Mr. President, I want to go back in. And so, there will be a lot of these special moments that we’ll miss.