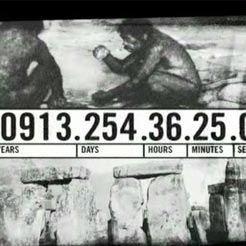 [über die Art der Vorgehensweise der US-Regierung]
Dr. Mary Frances Berry: „What you do in the White House is you manage public relations. I think he thinks after today they’ll move the people out, they’ll go somewhere and hide and nobody will think about it. It’ll be off the tv. And then we’ll do something else.“
Bill Maher: „That’s all they know how to do is public relations. I’m sure Bush is sitting around today going ‚I was hugging negroes all day long! What do you want from me?!'“

Bill Maher: „I’m reading you a quote from the head of Homeland Security. I love this. There’s a disaster in New Orleans, his name is Chertoff… He said: ‚The critical thing was to get people out there before this disaster. Some people chose not to obey that order. That was a mistake on their part.‘

And this is what I call ‚unintentional racism‘. Because that’s the whole thing with the Bush people. They just can’t imagine: ‚Why don’t you just pack up your Range Rover, grab a case of Poland Spring Water out of the garage and go to your Summer Home? What is the problem?!‘ They just don’t get it.“

Bradley Whitford: „But I think it’s even more sinister than that, because I think that – you know, the thing about if it’s not christianity what are these people believe in? The religion, the religion is Supply-side economics! And that is the religion. And if you think about it – with George Bush, before 9-11: tax cuts. After 9-11: Is it national security terroism? No, tax cuts. For me. And I guaranty you the state tax is coming up. Will any sacrifice be made for the infrastructure? Will any sacrifice be made for our soldiers over there? No, more tax cuts. That is his Jesus.“

New Rule: If president Bush is going to exclusivly play to military audiences, he must carry a golf club like Bob Hope. And tell the marines that the mess in Iraq is bigger than Dolly Parton’s boobs. Why is there a troop shortage in Iraq? Because so many of them have to be here doing photo ops with this clot! This guy has shown his ass to more service-men than a bar girl in Thailand.

And finally, New Rule: Defenders of the war in Iraq must stop comparing it to the American Revolution.

Yes. The only thing the Iraqi leadership has in common with our founding fathers is that neither of them used deodorant. Now, the sight of Iraqis having a constitutional convention has put a lump in the throat of Bush, Rumsfeld and Cheney, all of whom have compared the American patriots of 1776 to our soldiers in Iraq today, mostly because they’re using the same equipment.

Let’s just mention a few ways this analogy breaks down. One: the American Revolution was a home-grown rebellion fought with guerilla tactics against an occupying army of foreigners and mercenaries. Okay, that is exactly what’s going on in Iraq. Oh, except for one thing: This time, WE’RE ENGLAND! You need proof? The only people on our side? England.

Turns out, home field advantage, very important in wars. Also, a huge difference when it came to the big, basic issues. Our founding fathers were all pretty much on the same parchment. It wasn’t like Jefferson was for representative democracy but Adams and Madison were ultra-orthodox clerics chanting the Bible.

But Iraq, you know what Iraq is like? Okay, take Pat Robertson, put him in the desert…oh, that’s good. The American Revolution was nothing like what’s going on in Iraq. Our founding fathers didn’t have thousands of years of bitter feuds and grudges between them. Franklin’s people had not gassed Hamilton’s people.

Our framers were a homogenous group comprised only of white, land-owning males. Today, we would hardly call that a constitutional convention. We’d call that a Republican Convention. […]